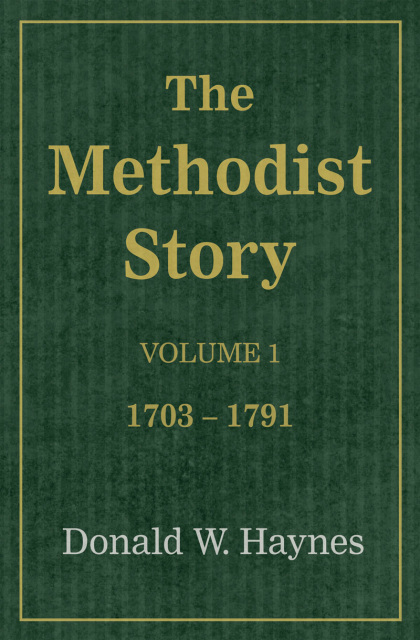 Donald Haynes reminds readers that The Methodist Discipline one of the few books on his family bookshelf during his growing-up years. Two of his uncles became Methodist preachers in the 1920’s. When Haynes left for college, his mother said, “Son, as far back as we know, our people have been Methodists.” At that point, he says,

“The die was cast, I would live and I shall die a Methodist!

The “catholic spirit” has held Methodists together through many divisive issues. In this current context, it seems appropriate to renew laity and clergy acquaintance with “the way it was,” as we seek our “way forward.” Our hope is to fulfill Mr. Wesley’s admonition that “though we may not think alike, we can love alike.” This is not an attempt to “white-wash” the many splendored story, nor to deny the vision, energy, and spirituality of our leaders and “foot soldiers.” This version of The Methodist Story both applauds our noble past and is candid in recognizing the human frailty of our leaders in every generation.

In this first of two volumes, we review John Wesley and his family, and Methodism as a movement in England within the context of the eighteenth century. Volume I includes Mr. Wesley’s eventual ordination of clergy to form a new American Church. It ends at an arbitrary date, John Wesley’s death on March 2, 1791.

Add to Cart
About the Author

​Rev. Dr. Don Haynes was ordained as an elder in the Western North Carolina Conference of the United Methodist Church more than sixty years ago. Dr. Haynes is author of several books, including:

• On the Threshold of Grace: Methodist Fundamentals
• Reading the Bible Again and Seeing It for the First Time
• A Digest of Wesleyan Grace Theology